Before we started, a few important points to note about Bluehost:

Let’s be honest – they’re not a great quality web host (just like the other hosts owned by the EIG company that Bluehost is part of). They’re actually a low to mid-range host. EIG, their parent company, is actually quite known for its cheap but poor quality, slow hosting.

Now, yes you can get a Bluehost site running at fairly good speed by following the steps below if your website is relatively simple and doesn’t get that much traffic. If however, you’re trying to get your site running as fast as possible then Bluehost is not the provider that will make that happen, you really need to be on a better quality host.

The good news is that moving to a WP host with a better quality won’t actually cost you much more than what you’re already paying (Siteground, for example, starts from $4.95/month, while a dedicated Cloudways server starts from $10/month), both are lightning fast and will make an immediate difference to your overall load times.

That being said, you can check out our article on the fastest WordPress hosting, where you can also find the full list of high performance WordPress hosts. The great thing is that most of the hosts on it will also migrate your website for free.

What’s a Typical Bluehost Reaction When You Complain About Slow Site Speed?

One other thing before we begin with the steps on how to fix slow Bluehost: we want you to know that there’s a pretty standard process that Bluehost is going to run you through once you log a ticket asking for help or complaining about your site’s speed.

Most of the time they’ll tell you that your site is experiencing too much traffic, is too busy or needs a bigger server. This will also most likely bring you to an offer for a higher plan or a dedicated server.

And while, yes, it may be at least partially true that the site is lacking resources, most cheap hosts such as this one should, nevertheless, be able to handle between a minimum of 1000-2000 visits a day without much effort. And when it comes to getting a higher plan, being on Bluehost will still remain a big problem.

This is because the business model they rely on is built around scale – stacking up as many sites on a server as they can, and consequently running the servers to their limit. This just means that their goal is not really to be the fastest host there is, and getting a higher plan doesn’t actually mean that much – look at it as a “premium” product in a thrift shop.

This is probably the number one thing you need to do before we get started with the actual steps – doing some speed testing on your website will give us a proper benchmark to use as a starting point for the improvements we’re trying to make, as well as to make sure we’re going in the right direction.

Our speed test tool of our choice used to be Pingdom but it does have a lot of gaps so we built our own! If you head to apps.wpspeedfix.com you’ll be able to access our own speed test tool that will give detailed recommendations of where your site is slow and how you can speed it up.

Now, the perfect loading time of your site would ideally be under 1 second, in the country where your site is being hosted. This mark is the tipping point for that instant feel that you want the website loading to produce.

Whether you not you can achieve this really depends on how the site is built as well as the host itself. On a good quality host, we can easily get the site’s core loading in 600-800ms – if, however, you happen to have lots of third party tools  installed, like Facebook Ad Pixel, Activecampaign or some other CRM tracking software, Hotjar or Visual Web Optimizer, getting under that 1 second mark will be a lot harder.

Generally, 1.5 seconds is considered as fairly achievable and we do consider this an acceptable speed.

You can find a number of speed testing tools out there. Two popular ones, besides Pingdom, are GTMetrix.com and Google Pagespeed Insights.

Remember to always do at least a couple of speed tests so you can get an average, and also save them as screenshots so you can refer to them later.

You won’t be able to get much from WordPress without caching.

Caching prebuilds each page on your website, making it ready for the next visitor that hits your site. Without caching, with each new visitor the server is going to have to execute PHP code, then do MySQL database lookups, and execute some more PHP code, as well as generate an HTML file to send to the visitor.

But if you have a good caching plugin, that HTML file is already prebuilt and ready to be sent to the visitor.

On the subject of plugins, there are only one or two options for caching:

WP Rocket – this is a good plugin for the less tech-savvy WordPress users or the ones that are more DIY oriented. It’s an easy to use plugin and it will definitely give you a superb performance boost. And even though it’s a paid plugin, it’s really cheap, and the easiest one to use that’s currently on the market. So if you don’t have caching now and are experiencing 5+ second website loading times, getting this plugin will immediately cut back on your loading time by at least a couple of seconds.

W3 Total Cache – this one is a free plugin and the fastest one out there. But, it’s definitely more technical and not as easy to configure, so and not ideal for DIY-ers. If you, however, opt for this one, use only the Browser and Page Caching – the database and object caching are not for use on Bluehost.

Hosts like Siteground, Cloudways, and WPEngine have their own caching built-in – and that’s part of the reason why they’re such fast hosts.

IMPORTANT: Make sure never to install two caching plugins at the same time, because they’ll conflict. If your tech skills and WordPress experience are simply not there yet, opt for the WP Rocket plugin.

3. Use Cloudflare and/or a CDN

Cloudflare.com is a CDN, aka a content delivery network, and it’s something that will instantly speed up your website, especially when it comes to international visitors.

CDN is a network of servers that deliver the static assets from your website (image files, javascript and CSS files) to the visitors of your website, and it relieves your hosting server from the task of doing it.

Cloudflare has a network of more than 150 worldwide locations, making it one of the biggest and fastest CDNs.

Having a CDN in place will allow the visitors that are not from your hosting country (like a visitor from Australia, for example, visiting a site hosted in the US) to have a faster loading experience, because a large number of the files are actually loading from the Australian local Cloudflare servers, rather than the ones in the US.

In most cases the free Cloudflare plan will be enough; but, the $20/month plan allows more advanced image optimization and firewalling. However, if you’re considering this option, we recommend that you move to a better hosting provider first!

If you’re looking for a CDN solution that’s more comprehensive, you can check out KeyCDN, it’s worth a look.

Most of your website images can be compressed enough so that they don’t lose quality. A lot of the time they end up 20-50% smaller and this definitely makes a big difference when it comes to loading speed, especially for slow connections.

One plugin that you can use for this is Shortpixel – they’ve got some advanced image optimization features that most plugins out there don’t have.

They also have a FREE plan available, and a tool that will analyze your website and tell you how many images you can compress, as well as how much space you’ll save in the process. 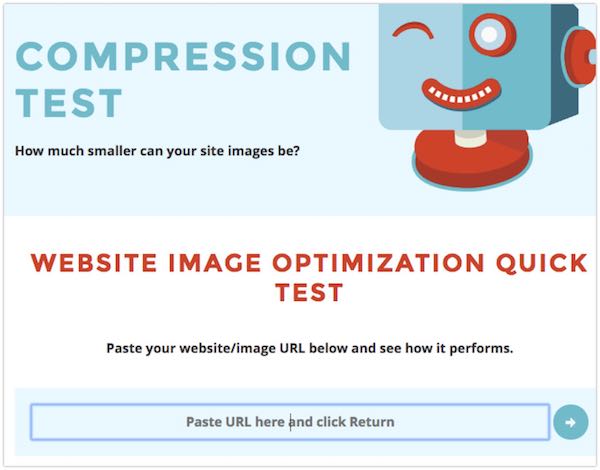 Since the entire web is moving to HTTPS type encryption (also, Google has publicly stated that encrypted sites will rank higher than HTTP non-encrypted ones), it would be a good idea to switch your site to HTTPS (encrypted mode).

HTTPS also enables the web browser software to use faster and newer protocol (this is the HTTP2 protocol), in order to download assets from your website.

You can check out the short video below comparing HTTP 1.1 to HTTP v2:

The server that you’re on at Bluehost will need to support the newer protocol (and older plans sometimes can’t). But, if you enable Cloudflare, it will, in turn, enable this kind of support, because it’s HTTP2 compatible.

PHP is the underlying programming language of WordPress and it comes in several versions. Usually, you’ll see version 5.6 (or lower) and versions 7.0, 7.1 and 7.2

Version 7.0 is around 30% faster than v5.6, and most sites that were built in the last 2 years will easily support it.

Version 7.1 and 7.2 will be another 10%+ faster, on top of the 7.0 version; so, if your site is compatible with the newest v7.2, we recommend that you most certainly switch to that one.

NOTE: Before making the actual switch, make sure you do a compatibility test. A free plugin by WPEngine (works on all web hosts) will test all your plugins and also your theme to confirm whether your site is compatible with PHP 7 or 7.1/7.2.

The video you see below is a good guide through on where to find the PHP settings in Bluehost:

7. Disable the Plugins You’re Not Using

This is a pretty straightforward one. A lot of sites contain plugins that they don’t use anymore, and this actually contributes to the slow loading times of the site. That’s why it’s so important to run as few plugins as possible.

Just go through each of the installed plugins and disable each one of them you’re not using.

This audio will talk you through some of the finer points of the article you’re reading in more detail – click play to listen:

A couple of more advanced troubleshooting ideas to consider:

Since we started WPSpeedFix in 2016 as an offshoot of our SEO agency we’ve optimized 4000+ websites.

I’m hope you find the site useful, there’s some resources below in the sidebar that might help too.

Get a FREE Audit

If you need help with your site submit a request for a FREE site speed audit below and our team will do a manual review of your site and show you how we can help.

Check out Services from the main menu too!

If you’re looking to DIY or need help right this second, try our FREE site speed test tool by entering your URL & location to test from below. The tool will give you detailed site speed & SEO recommendations in under 90 seconds.